This six-stringed idiocord-zither (kong rla) is probably one of the oldest instruments in Cambodia. It is the ancestor of the tube zither with metal strings. This Bunong musician from Mondulkiri was, in 2011, one of the last to play it.

We call an idiochord an instrument whose strings are cut directly from the material it is made of: bamboo, reed, sorghum, etc. The result is a great fragility and a not very powerful sound which sometimes leads to the addition of a resonator. It is this problem which pushed the musicians to create the tube zither with metal strings.

The Bunong, like all ethnic minorities at the borders of Cambodia, Laos and Vietnam, play the gong sets, which should be considered not as several instruments but as a burst chime that unites the villagers. This zither, on the contrary, marks a form of individuation. Its name, kong rla, contains the term kong, meaning "gong". Thanks to its six strings, it can interpret the repertoire of gongs. 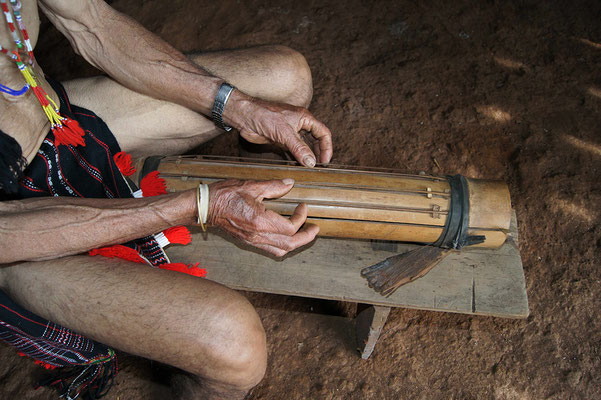 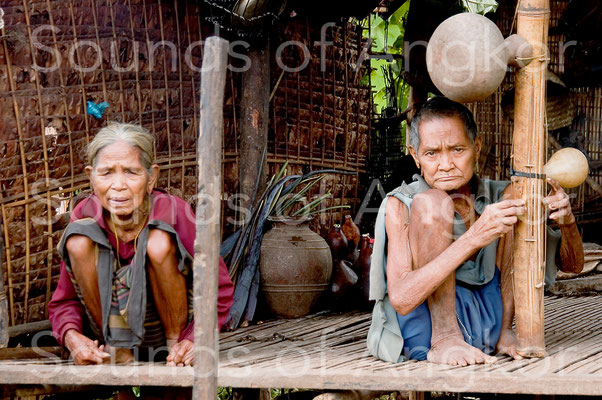 The melody is, like the repertoire of gong set, a segment of a few bars repeated ad infinitum. For the Bunong, as for all societies in this part of the world, repetition, in all its forms, is part of the construction of society.